We will discuss the value-wise computation technique for matrix outer products. This will lead us to a simple sketch of the proof of reversal of order for transposed outer products.

This is probably the method most widely used in high school algebra. You are essentially viewing this as a value-by-value computationThere is a very simple mnemonic for remembering it, namely: 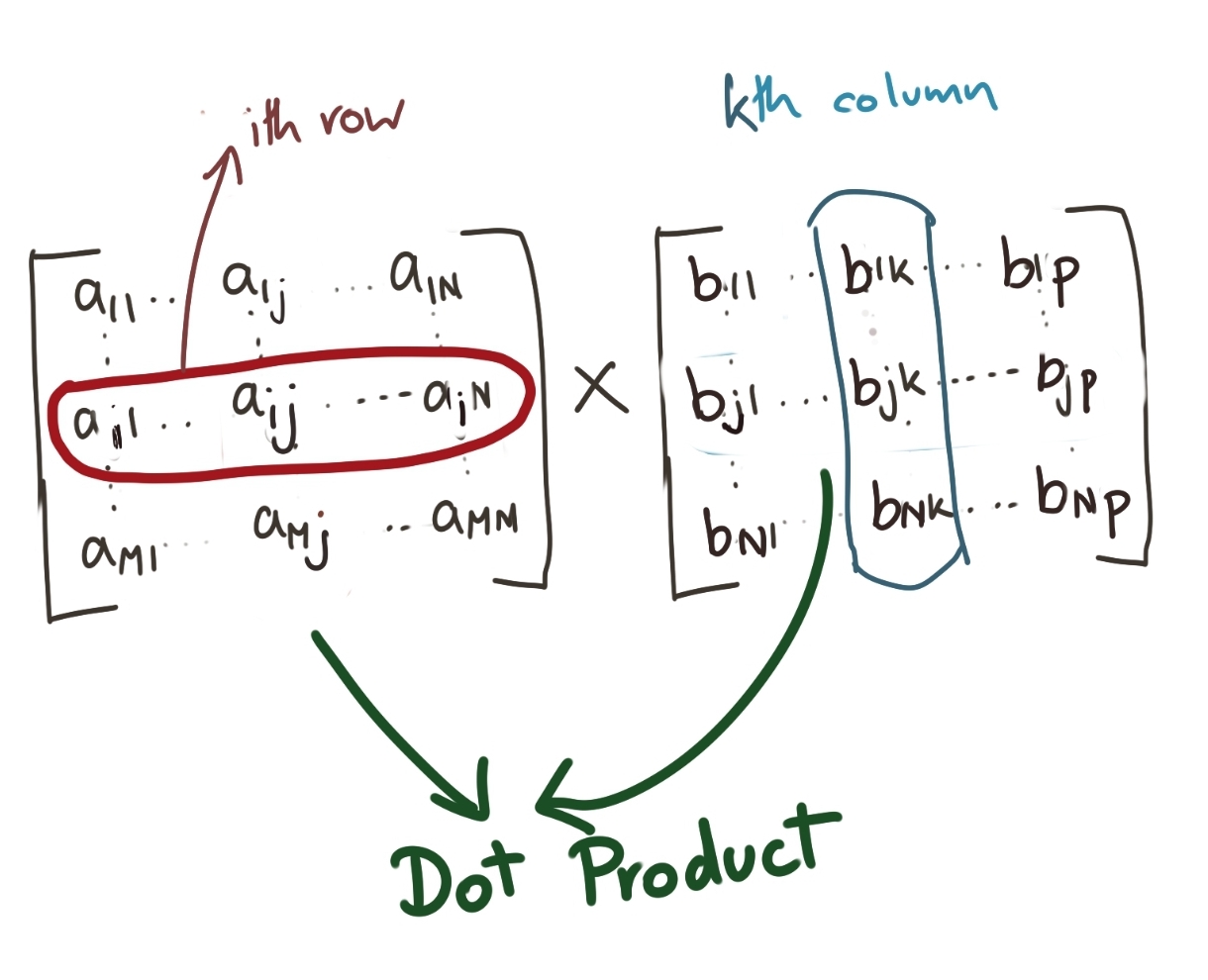 This is also something which makes it obvious that the number of columns of the left matrix should be equal to the number of rows of the right matrix, because the dot product involves pairwise multiplication, and that cannot happen if the number of components in the row vector and the column vector are unequal.

Mathematically, each element is computed as below:

Proof of Order Reversal in Transpose of an Operation

From the definition of transpose, we know that \({Y_{ik}}^T=Y_{ki}\). Also, by definition of the value-wise computation of two matrices A and B, we have:

This rule of swapping the order of the outer product will also apply to when we are calculating inverses.